Back Health Through Yoga

Surgery may not be best bet for back pain 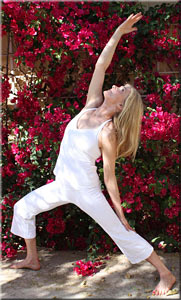 Nov. 22, 2006 12:00 AM CHICAGO - Two big government-funded studies on back surgery for painful herniated disks show no clear-cut reason to choose an operation over other treatment.

The pain and physical function of the patients, who were suffering from a condition called sciatica, improved significantly after two years whether or not they had surgery. However, neither strategy offered complete relief.

The results indicate patients should choose which treatment they get for the ailment, the researchers said.

"In back surgery for this particular condition, there's actually a choice," said lead author Dr. James Weinstein of Dartmouth Medical School. "If you don't want the risk of surgery, you can do watchful waiting" and still get well.

The condition involves disk cartilage bulging between vertebrae in the lower spine and pressing against a nerve. It can cause excruciating pain called sciatica, radiating from the lower back into the legs.

About 250,000 Americans have disk surgery for sciatica each year, while another quarter-million instead choose physical therapy, painkillers or rest until they feel better. The surgery costs about $6,000.

The findings, published in today's Journal of the American Medical Association, are the first from a big government-funded research project on spine surgery.

One study involved 472 patients, who were randomly assigned to surgery or non-invasive treatment such as education, physical therapy or painkillers. Surgery involved removing part of the bulging disc in an operation, often an outpatient procedure.

Patients in both groups had much improved scores on measures of pain, physical function and disability.

Ninety-five percent of surgery patients had no complications, but 4 percent required a second surgery within a year.

In the other study, the researchers followed 743 patients who chose surgery or other treatment. It found a clearer advantage to surgery. After three months, 82 percent of surgery patients reported major improvement, compared with 48 percent of non-surgery patients. Those differences shrank over two years, however, and the researchers said the self-reported results should be interpreted cautiously.

How to Live Pain Free with a Healthy Back

If you have experienced back pain you are not alone. Back problems have become epidemic. 80% of all Americans suffer from back pain at some time in their lives.. Usually the pain is sudden- like a toothache! And like having a toothache, life revolves around seeking pain relief. There is much debate about the best way to relieve back pain. There are also myths regarding the causes of back pain which may influence our choice of treatment options. We may even subject ourselves to unnecessary treatments or give up activities we love.

So let’s start by examining some of the facts about back pain.

Now let’s look at the real cause of back pain

There are two types of stress.

So how do we begin?

Like the toothache, back pain has been accumulating unconsciously until a trigger brings the pain to our attention. Like healthy teeth, prevention is the cure. Reducing mental stress begins by acknowledging the sources of stress and making appropriate change. Often the sources are not easily changed but we can balance the stress by taking time to relax. Relaxation is not watching tv or reading a book but practicing meditation or deep breathing. There are many good teachers and tapes available to guide you.

Exercise can help release lactic acid as well as secrete endorphins which are our internal pharmacy of mood elevators. Yoga is ideal for people with back pain since its gentle movements coordinate with breath and body awareness. Yoga is the best Mind Body Therapy! Just taking 15 minutes a day to stretch and tone your body will feel better, more relaxed, and healthy.

A Knife in the Back

Is surgery the best approach to chronic back pain?
by Jerome Groopman

Surgeons have often touted procedures that ultimately proved to be disappointing. In the nineteen-fifties, many patients with angina and coronary-artery disease had an operation that involved tying off an artery that runs under the sternum. The idea was that it would increase the flow of blood to a heart that was being starved of its normal supply. Then, at the end of the decade, a clinical trial demonstrated that patients who underwent a sham operation did just as well as those who had the real one; the placebo effect apparently accounted for the fact that so many patients felt better afterward.